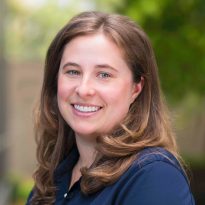 Editor’s Note: We receive a lot of awesome letters from our customers, but this one really takes the cake! Please see below for a first hand account of how Zoom saved the day in a high stakes, high stress meeting situation.

I normally don’t review products or services, let alone write to a company to tell them how bad or good their product or service is. But I am going to make an exception for Zoom.

I am the Vice-President and Intellectual Property Counsel for USG Boral, a $1 billion USD joint venture company in Kuala Lumpur, Malaysia (KL). I have been using Zoom for two months and was quite happy with your product. However, after an experience I had a few days ago, my disposition toward Zoom rose from “quite happy” to “phenomenally ecstatic!” Zoom was able to salvage a long-planned meeting that was originally scheduled with WebEx.

Our Director of R&D and I have been working for a while with a Thai company on a project that is required to close before the end of the year. We are at the tail end of negotiations in coming to a signed agreement. But setting up a meeting with the other company (let’s call them the Thai Team) is always difficult because they have a much bigger team than just my director and me. Meetings are sometimes scheduled four to six weeks out because it is difficult to find an agreeable time.

Last Thursday we had a meeting scheduled at 2 PM KL time. I was traveling in Manila, Philippines, and I expected to be in my hotel by the time it started. Unfortunately, I was still in my Uber and stuck in traffic.

I could barely hear the Thai Team and was breaking up frequently. My R&D Director was in KL having similar issues. We all knew how important completing this meeting was in hitting our year-end deadline, so we tolerated the abysmal conditions. However, after a few, “You’re breaking up badly … I didn’t catch that … can you say that again,” we concluded the meeting could not continue this way and disconnected. I was frustrated knowing this would be a huge set back in our timetable. On top of that, my laptop battery died.

I was about to give up when I thought of Zoom. I was hesitant at first because this was the Thai Team’s meeting and they had not used Zoom before. I had also never used the mobile Zoom app before. Then I thought, “Why not? I’m stuck in traffic. What else can I do? How can it be any worse?”

I opened up the Zoom app and started a meeting. I invited everyone and waited for a couple minutes. Just as I was about to give up, I heard the Zoom “ding!” signifying someone had entered my meeting. I heard it again and again until everyone was back on the line. Through my device’s audio and video and I could hear and see perfectly.

Next, I was worried about how was I going to hand over the meeting to the Thai Team, as I had never done it before from the phone app. But the app was very intuitive and easy to use. The next thing I knew, the Thai Team had the meeting in their control and was sharing their desktop. I was able to read their MS Word document agreement from my phone.

The meeting was scheduled for 2 hours but we were able to finish in about 90 minutes. During this time I completed my Uber ride, checked into my accommodations, rode in an elevator, and settled into my room, but the meeting was never interrupted by any breaks in audio or video.

After that meeting, we still needed to meet one more time to seal the deal. The Thai Team sent me an email saying, “Why don’t you setup the meeting like last time? Our Webex is really not good.” Well, I don’t want to set it up exactly like the last time, but I know I will be using Zoom, preferably under a less hectic and stressful environment.

I never thought I would be excited about something as banal as a conferencing tool, but Zoom is over- the-top impressive! If I heard someone say what I am about to say, I would think that person was a moron, but here it is: Thanks Zoom!

Thought Leadership
Want to Motivate Your Team? This Framework Shows You How