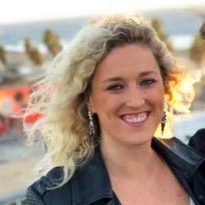 How Songwriters Are Creating Music on Zoom

Those in the music industry were concerned about how they would be able to write songs, make music, and keep their careers afloat amid shelter-in-place orders in response to the COVID-19 pandemic. For an industry that typically relies on a group of people in a room for hours or days on end, visualizing how that could be accomplished without being together seemed difficult.

Award-winning singer/songwriter Jon Nite is keeping busy during the pandemic. He’s currently in Florida collaborating with the likes of Dierks Bentley, Darius Rucker, and other music stars using Zoom.

“People are loving [Zoom] and trying to make the most of their time during this situation,” Jon said. “When the whole world shut down, when you gotta keep working, Zoom helped me do that.”

Jon received the CMA Triple Play honor in 2017 for writing three No. 1 hits in a calendar year. He also was nominated for a Grammy in 2019 for Best Country Song for his work on Cole Swindell’s “Break Up In The End.”

With 20 country hits, 14 of which are top 10 hits, and a pop hit surging up the charts, Jon said it was important for him to keep working. He uses Zoom on his Macbook, iPad, and iPhone to collaborate with artists, and Zoom’s video platform is catching on.

“Zoom wasn’t something we really used before March, then all of a sudden everyone had it,” Jon said. “I’ve just been so impressed with how easy it is. We’ve tried FaceTime, but it gets glitchy after more than one person joins. I also tried one of the Google apps but it was only OK. You couldn’t hear as well.”

Sharing a screen to jot down lyrics in a Google Doc or sharing verses in the in-meeting chat keeps the writing going. Adjusting settings to Share Computer Audio to play audio for everyone to hear together also simplifies the feedback process for track production.

Not only is Zoom helping Jon stay connected, it’s actually helping strengthen the singer-songwriter community, too. He described four benefits that he called “the real beauty of Zoom”:

The flexibility to work from anywhere, and with anyone, is maybe most critical for a working singer-songwriter.

“For my life, being on a bus and away from family for days at a time, I can write and still have people hit me on Zoom wherever they are,” he said. “It saves a lot of time and money. Plus, artists tend to be a lot busier than the songwriters, but that worldwide connection with Zoom is great. I can sing a vocal late at night from my studio right here and easily connect with someone in London or L.A. to share it.”

Opportunities to work with other writers and artists have opened up as well. “I’ve written with a couple of pop people that I wouldn’t have been able to write with just because of the distance,” Jon said. “I don’t have to fly to L.A. and start from scratch. I can jump right in with some amazing people, it’s crazy. It’s an equalizer for everybody around the world.”

And Jon’s take on the pandemic’s overall impact on songwriting?

“It actually feels like a lot of great music will come from this period in time,” he said. “We tend to write what we’re living, and no one is touring right now, so many of us are just making new music. We’ll all likely be touring 200 days a year when this is over, but this will be a season of music creation.”
Inspired to create music using Zoom? Visit our support page for more tips to help you get the best audio quality, or see other unique ways customers are staying connected on Zoom.