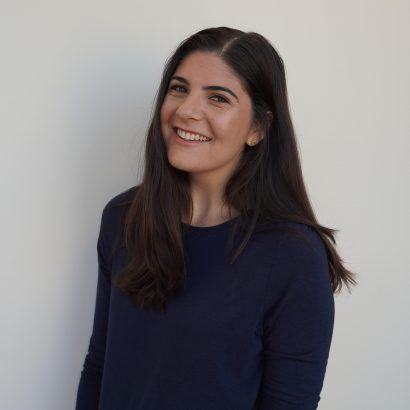 The Science of Failure: Insights on How to Cultivate Grit

What does it take to be successful? That’s the million-dollar question that leaders and employees alike ask themselves, hoping to uncover the secret to building an effective team, getting their dream role, or gaining a competitive advantage.

According to Lauren Eskreis-Winkler, assistant professor at the Kellogg School of Management at Northwestern University, the secret to success isn’t talent or skill — it’s grit. Eskreis-Winkler has studied grit over the years, determining its connection to success and what people can do to cultivate it. She shared her findings with us on the latest entry in our Building Forward webinar series:

The makings of grit

As defined by Angela Duckworth, the founder and CEO of the Character Lab, the definition of grit includes two key components: perseverance and passion. Working hard, applying yourself to get a job done, and overcoming challenges to achieve long-term goals are obvious components of grit. However, the ‘passion’ piece is actually the more challenging aspect of cultivating grit — it can take people years before they truly find something they love.

While perseverance and passion are the cornerstones of grit, a person’s beliefs and attitudes determine if they can cultivate grit long-term. Grit comes from believing you can succeed, even when you fail — and not giving up when you inevitably do fail. It takes deliberate practice.

1. Focus on your weaknesses

While Eskreis-Winkler’s work has studied what determines grit, she’s also studied what grit can determine. In fact, her research has used a grit scale to predict successful outcomes — measuring, for example, which West Point cadets stay versus dropped out or the finalists of the National Spelling Bee. According to Eskreis-Winkler’s lab, grit was able to predict outcomes over other variables, like IQ, physical aptitude, or GPA

So, how do you actually build grit? Eskreis-Winkler outlined three key ways you can become — or help others become — a grittier person:

The science of failure

Grit isn’t the science of success, it’s the science of failure — it’s how you respond to loss and frustration, it’s making the choice to learn over looking smart.

To foster grit in yourself or your colleagues, you need to start to become comfortable with failure. Embrace regular feedback, and remain persistent about your passions. Doing so will improve inter-team collaboration and refresh your sense of productivity and purpose.

Stay up to date on the latest thought leadership on the hybrid workforce — check out upcoming events in our Building Forward webinar series and read our blog on Jamil Zaki’s tips for honing empathy as a skill.

Company News, Life at Zoom, Thought Leadership
For the Next Phase of Work, Zoomies Get to Choose Their Workstyle