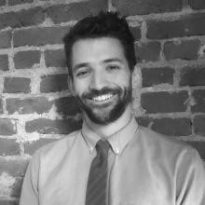 As one of the oldest public television stations in the country, Rocky Mountain PBS (RMPBS) has established a tradition of excellence in broadcasting. Founded in 1956, RMPBS has received national recognition for its excellent programming that includes Emmy-winning documentaries, educational shows, news coverage, and other programs. RMPBS is part of Rocky Mountain Public Media (RMPM), which is responsible for coordinating all of Colorado’s public media, including television, radio, and digital platforms.

RMPBS coordinates its broadcasts from stations in Denver and across the state, allowing it to air locally produced programming that serves the needs of Colorado residents.

Coordinating broadcasting among these stations and alongside the rest of RMPM’s programming is a challenge that requires an effective, reliable communications platform. Although RMPBS had a legacy phone solution in place, the solution and its hardware were difficult to manage and required significant investment to maintain.

Joey Kloss, Chief of IT and Systems Engineering at Rocky Mountain Public Media, and his teams also realized it took far too long for their communications provider to address the issues they experienced with their legacy solution, which slowed them down and hampered productivity.

Kloss evaluated a number of phone solutions in his search for a more effective phone provider. However, Zoom Phone’s simplicity and dynamic design made it a clear winner compared with other solutions.

“Zoom was relatively simple to test-drive,” Kloss said. “We were able to get into the admin console straight away and set up some test phones. I had phones ready to go and deploy with just a few clicks. We were up and running within five minutes.”

“We really wanted to push people toward softphones, so now I would say about 85% of our employees are using softphones,” Kloss said. “There are still people who are more comfortable using handsets, but we can use Zoom Phone on the hard phones, so I just add another phone and off they go. That’s why we went with Zoom. I mean, it really is a very powerful system. And for our company, it’s working quite well.”

The value of professional services

One aspect of the Zoom Phone migration Kloss was impressed with was the expertise of Zoom’s professional services organization (PSO).

Switching phone providers can be daunting, and with outdated legacy hardware and a large bank of active phone numbers, the porting and management processes can get cumbersome extremely quickly. Many organizations can’t invest the time or resources to do it right, which is why many companies continue to use the same legacy technology year after year despite its clear limitations.

Kloss noted how RMPBS was able to leverage Zoom’s PSO team to simplify its number porting process and remove numbers that were no longer in use, saving RMPBS valuable time, resources, and headaches.

“We had tons of phone numbers that we weren’t using — 800 numbers, call banks, DIDs to offices,” Kloss said. “The Zoom PSO team did a great job reducing the active phone numbers down from more than 400 to about 150. We jokingly referred to them as ‘phone janitors,’ because they cleaned it all up so well and provided great documentation.”

Read the full case study about how Rocky Mountain PBS uses Zoom’s unified communications platform. To learn more about the significant impact Zoom can have on your business, schedule a personalized demo with a Zoom product specialist today!