Zoom is at MacIT at the Moscone Center in San Francisco. MacIT is the premiere event for enterprise deployments of Apple. Nick, our Head of Marketing, Ross, Head of Support, and Richard and Daniel, two of our Sales Executives, are attending the expo. 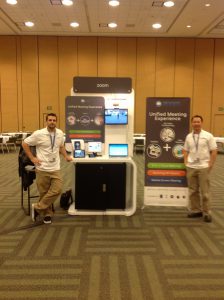 Ross and Nick at MacIT

MacIT is big for Zoom. We are making two major announcements at this event: 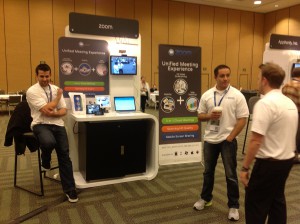 Meeting a customer at MacIT