The video conferencing community has been all a buzz around the recent happenings and announcements for this year’s InfoComm. However, Zoom stands in a crowd all its own as it was repeatedly acknowledged for its launch of Version 2.0 from some of the biggest names in the business.

“Zoom Video Communications, a cloud-based videoconferencing services provider, has announced the release of Version 2.0 (V2.0). The new release brings HD videoconferencing, mobility and Web meetings for up to 25 people, now offering access on both mobile devices and to room systems.

The service offers free unlimited minutes for 1-to-1 meetings and 40 minutes for group meetings, paid service at $9.99/month with unlimited minutes and meetings, and a public cloud H.323/SIP room connector at $49/month. New features include mobile screen sharing, a software-based HD conference room and the ability to spotlight an active speaker.”

Zoom’s new features were highlighted in an article by eWeek

“The service offers one-click capabilities and integration with Facebook and Google’s Gmail. Among the new features is the ability to see participants in a “gallery view,” where they can be seen all at once in what officials called a “Brady Bunch-style” layout. Right now users have to scroll to see all the participants. In addition, people can dial into a Zoom meeting from their phones, and through a new remote control and annotation capabilities, users when sharing a screen can give another participant the ability to annotate or control the screen.”

“Zoom, a provider of video conferencing, Web meetings and mobility, is not releasing its version 2.0, improving on its previous edition with several new features. Meeting hosts will appreciate the new dual-stream, dual-screen features, and those who need to join in on meetings will find that being able to join from a PSTN dial-in and H.323/SIP devices makes it easier to participate. The calls are no longer restricted to computer and mobile devices, with the addition of rooms and traditional systems.”

Publications such as TechCrunch and SmartBrief also covered Zoom 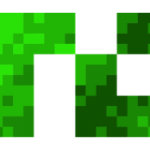