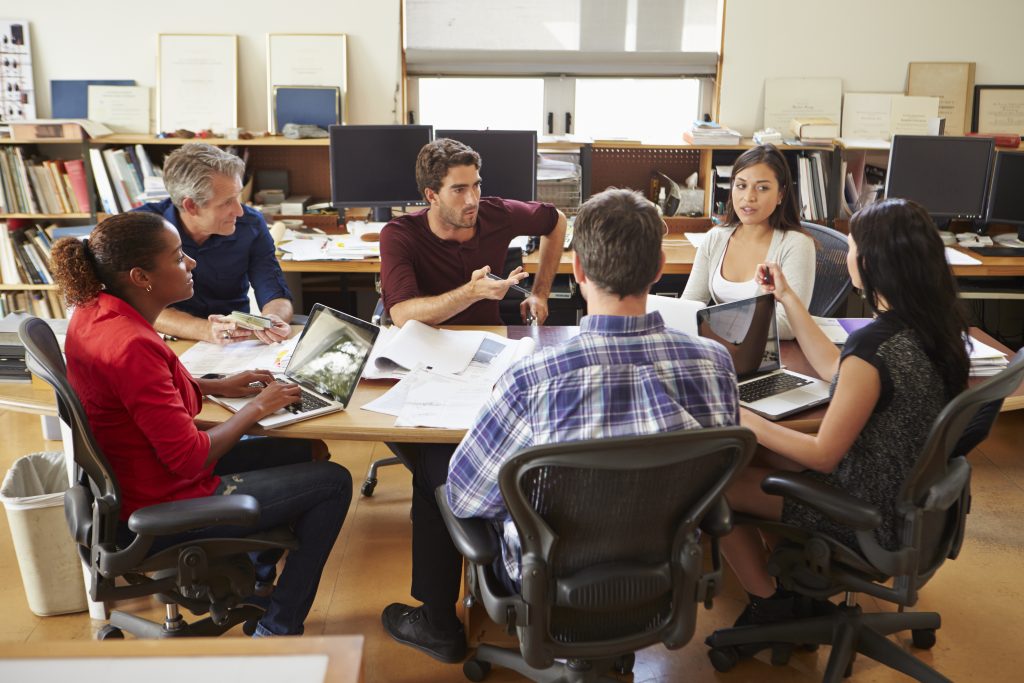 Almost every single aspect of modern civilization can be traced back to collaboration and some division of labor on a grand scale. This fractal of synergy is what makes us the most innovative species by far on the planet. In the 21st century, we count on things like team meetings to clarify everyone’s individual tasks and coordinate large projects. But you can’t count on meetings alone to boost the productivity of your organization. If you want to remain competitive, the meetings have to lead to something. If you’re hosting the meeting, you need to lead the discussion into something highly-productive and positive.

You need to know how to have a proper team meeting on Zoom! The road to a great meeting can be summed up in four basic principles that you must adhere to whenever possible in hosting your meetings. Let’s have a look at those, shall we?

Make the conversation about data.

After the chit-chat has finished, it’s time to make it clear that we’re getting down to business. One of the best ways to do that is to get the numbers flowing as soon as you can. All the data related to the conversation should be discussed here. Emotional and opinionated talk should be discouraged and put aside in favor of empirical discussion. This pushes everyone towards a data-driven mentality. It makes people use the numbers discussed to justify their points of view later in the conversation.

If you can, present some visual cues of the importance of data by using Zoom’s screen sharing feature and displaying charts and graphs that are relevant to the discussion.

Now you have started to see embers. It’s time to breathe life into them so that they may transform into flames. At this point, make sure that the conversation is as inclusive as possible. Do not allow people to dismiss each other’s ideas, and make sure that you are as attentive to all of them as possible. In short, make everyone feel that their voice has been heard. Even if an idea sounds objectively weak, try to expand on it for a moment. If all else fails, just acknowledge the idea and move onto the next one. The idea is to make people feel as much a part of the conversation as possible.

The most productive meetings have some form of consensus between their attendees. Working towards a consensus involves trying to engage everyone in a similar mindset. Yes, humans are humans, and because they’re humans, they’ll have a confrontational and competitive nature. There’s nothing wrong with healthy competition as long as the end goal of collaboration and compromise comes first. In a team effort, everyone has to be on the same wavelength. It might actually take you a few meetings, but you can accomplish this as long as you try as much as you can to create environments in which people can come up with win-win situations in every possible occasion.

It’s inevitable that you will reach a point of entropy, where conflict will overtake the discussion. It is at this point that you should actually avoid going into “damage control” mode as much as possible. If you want to solve the conflict, backing down is only going to make things worse. Instead of trying to quell things, focus on trying to find common ground. Elevate yourself above the rest of the voices and be assertive. Then, once you have everyone’s attention, attempt to find where the dissent comes from. After that, discover every point where everyone is in agreement and pick it up from there.

Once you’ve finished quelling the conflict, you should then try to work with the naysayers to see whether they are spotting a potential issue with what’s being discussed. Sometimes, they’ll spot something that could cause deep problems with the goals you’re trying to accomplish. Listening to negative input doesn’t hurt!

If you want to take collaboration to the next level and you haven’t tried Zoom yet, be sure to sign up for a live demo with a Zoom product specialist today!