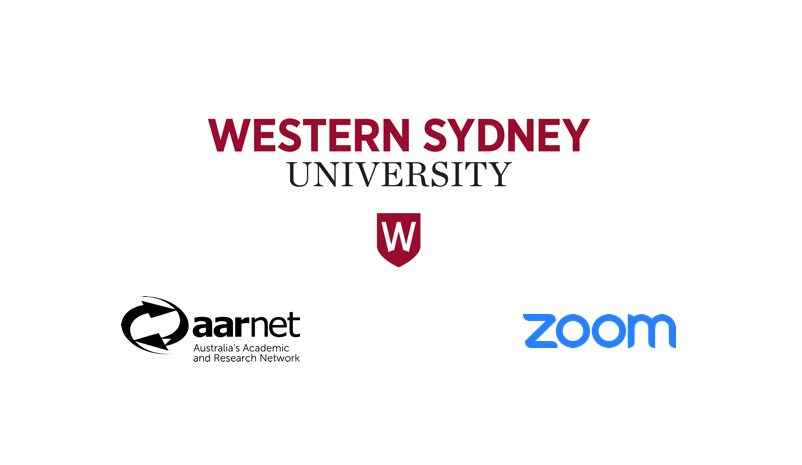 Listed as one of the top 500 universities in the world by Times Higher Education, Western Sydney University (WSU) is one of Australia’s leading academic institutions, serving 43,000 students across 8 campuses. Zoom and our Australian partner AARNet, have released a case study about WSU’s use of Zoom across their campuses, focusing on why they needed a new solution, how they’ve deployed Zoom, and their top video communications use cases.

For years, WSU used a mix of video communications solutions, but they ran into several problems. Geoff Lambert, Senior Project Manager for Information Technology and Digital Services for WSU, explained: “Generally, we were very disappointed with web conferencing and staff did their best to avoid it. As for the conference rooms, the systems worked well enough, but they were reaching end of life, as all hardware eventually does, and were going to be extremely expensive to replace.”

While they were facing these challenges, there was enthusiastic organic growth of Zoom at WSU. What took Zoom from a few users to a full university deployment? It started when Lambert and his team turned to their friends at AARNet, which provides networking services for educational and research institutions throughout Australia. AARNet hosts Zoom on its network, providing universities such as WSU with the best possible video conference experience, local Zoom support, and Zoom cloud recording integration.

Lambert and his team found a lot to love with Zoom. “It has great performance, an easy user interface, and extremely low cost of ownership. The Zoom Rooms, in particular, have saved us about $1.5 million plus maintenance costs compared to if we had just refreshed the existing hardware. Not only that, usage of the same rooms went up by 400% when we traded out the traditional hardware for Zoom Rooms and its easy iPad interface,” said Lambert.

Read the complete case study for more details, or check out the video about WSU’s partnerships with AARNet and Zoom:

If you’d like to learn more about using Zoom at your university, sign up for a 1-to-1 demo with a Zoom product specialist today!