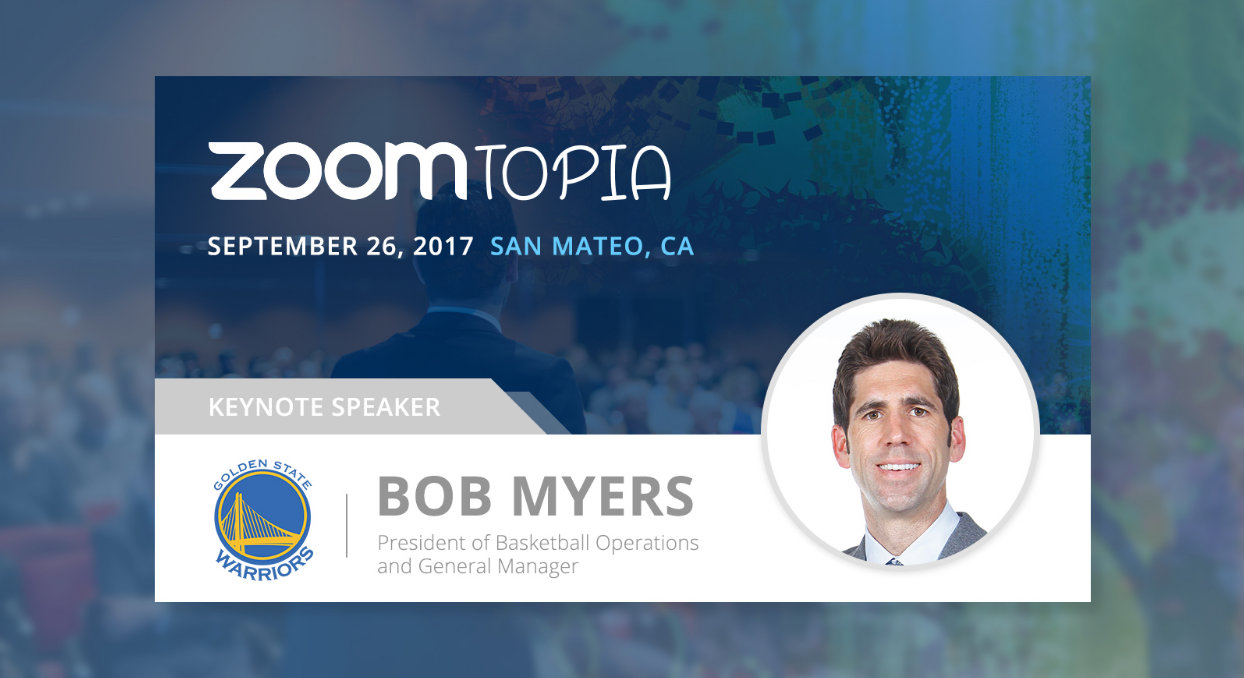 We are excited to announce that Bob Myers, Golden State Warriors President of Basketball Operations and General Manager, will join our Head of Sales, Greg Holmes, for a fireside chat at Zoomtopia! Mr. Myers will discuss performing at an elite level, the core values of his organization, and the keys to sustaining a winning culture.

There’s no one better to talk about a winning team then Bob. Bob Myers is currently in his sixth season as general manager of the Golden State Warriors and second with the additional title of president of basketball operations. Mr. Myers is the only executive in Warriors history to earn Executive of the Year honors multiple times and is one of only five executives in league history to earn the honor twice in a span of three seasons. Over the last three seasons, the Warriors have won more regular-season games (207) than any other team in NBA history over a three-season span, including an NBA-record 73 wins in 2015-16.

The list of reasons to join us for the first-ever Zoomtopia is quickly growing. We felt this might be one way to deliver some extra special happiness to you, our valued customers.