Check out our Privacy Policy.
Zoom CEO, Eric Yuan, Selected as EY Entrepreneur of the Year® Award Finalist
May 21, 2018 by Priscilla Barolo 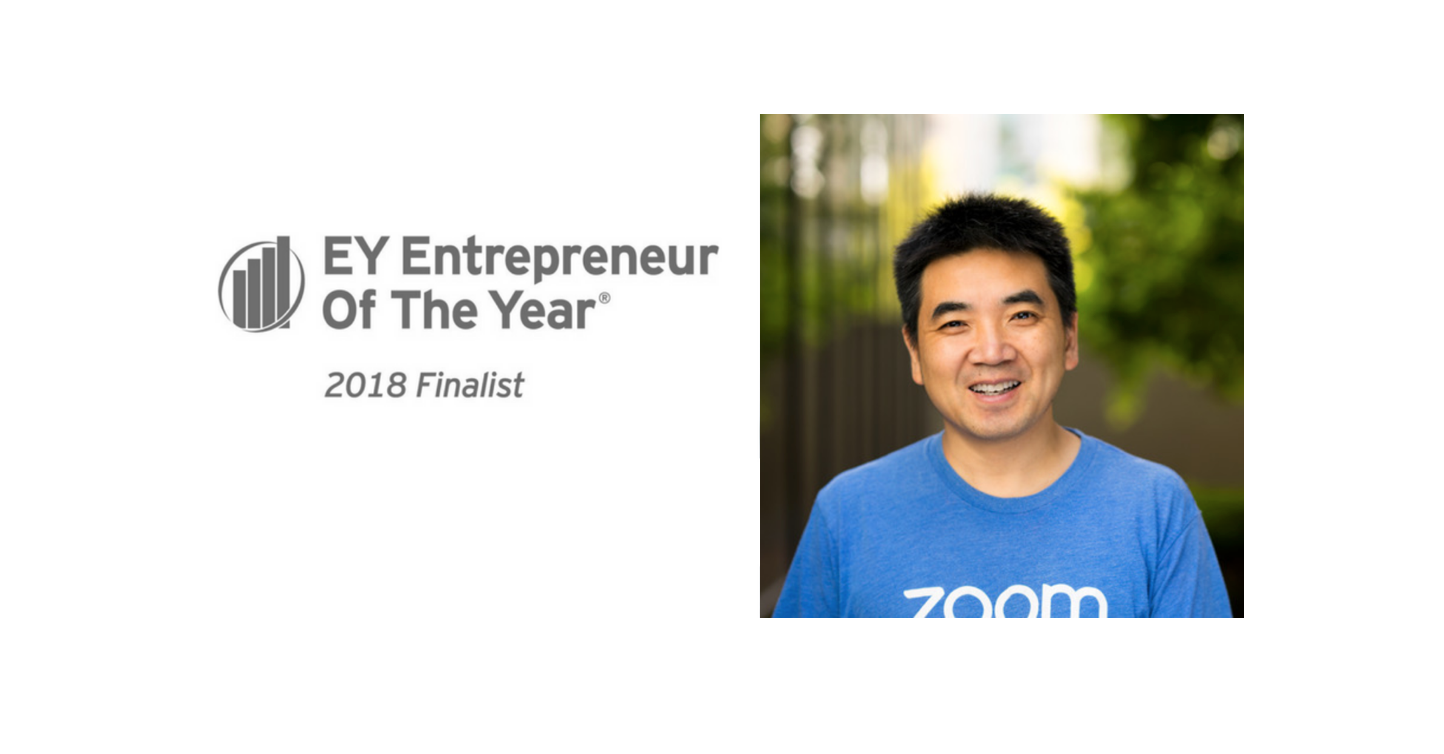 Today Zoom announced that our founder and CEO, Eric S. Yuan, has been selected as a finalist for the Ernst & Young Entrepreneur of the Year® 2018 Awards in the Northern California region. Award finalists excel in innovation, financial performance, and commitment to their businesses.

Entrepreneur of the Year® is world’s most prestigious business award, where the finalists are selected by a panel of independent judges. NBC reporter Scott McGrew will host a gala on June 8, 2018 at the Fairmont San Francisco to announce award winners. Entrepreneur of the Year® Awards has been active for 32 years and have expanded to acknowledge business leaders in more than 60 countries.

“It is an honor to be named a finalist in the EY Entrepreneur of the Year awards,” said Yuan. “It has been a pleasure to meet the judges and get to know the other nominees. It is a very distinguished group and I am humbled to be named among them. I am deeply appreciative of this recognition for the work of myself and my colleagues at Zoom.”

This finalist designation follows on the heels of numerous accolades earned by Zoom in the past year, including the Frost & Sullivan 2017 Company of the Year in the Video Conferencing Industry and an American Business Awards 2018 Golden Stevie® Award for Large Computer Software Company of the Year. Yuan was also named on the Business Insider 2017 list of the 52 Most Powerful People in Enterprise Tech.