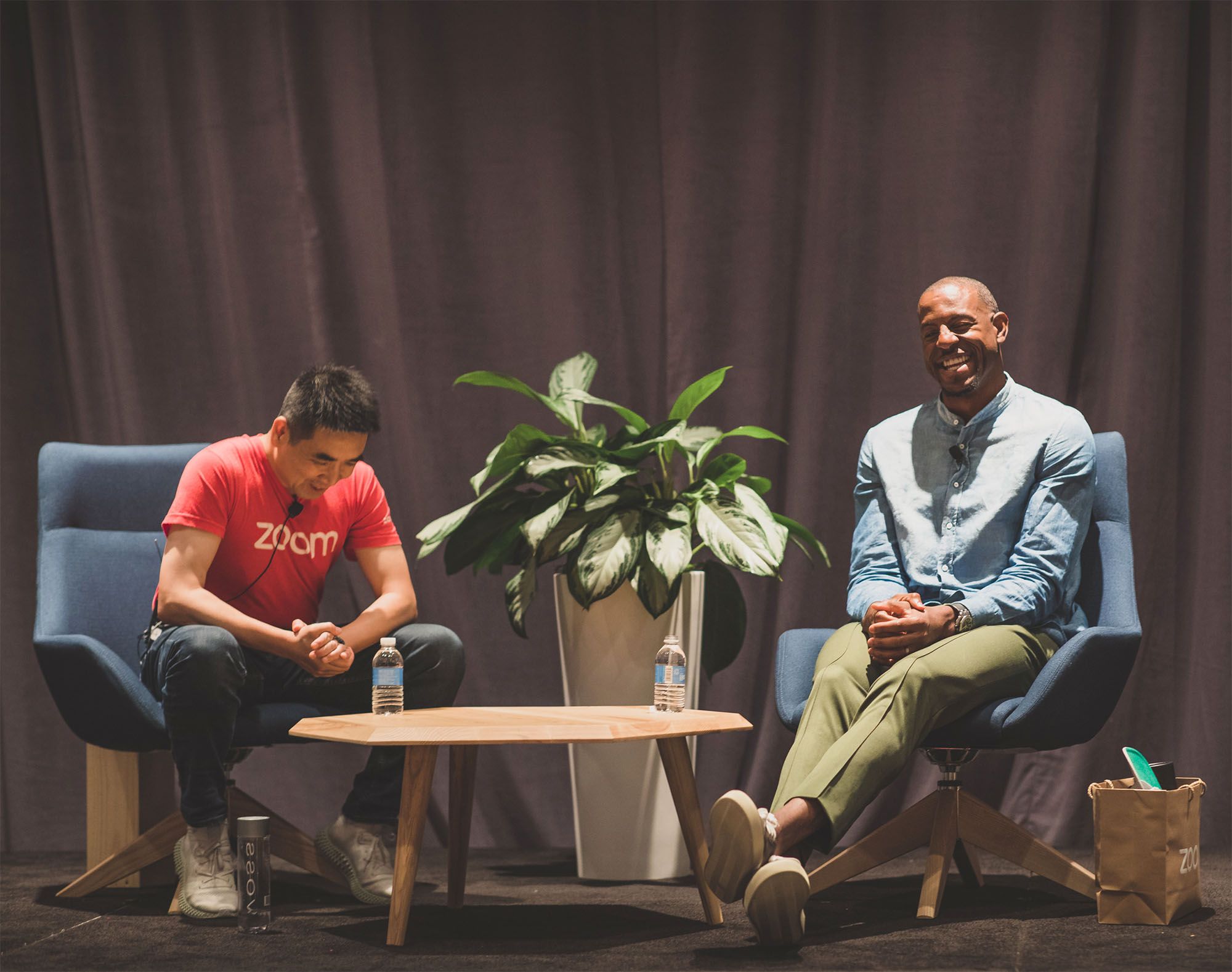 Former Golden State Warrior and NBA Finals MVP Andre Iguodala joined the Zoom team Wednesday for a “fireside chat” in San Jose. Outside of his basketball career, Iguodala is a noted tech investor and also an author. His memoir, “The Sixth Man,” hit the shelves June 25 and is already a New York Times Best Seller for nonfiction.

Iguodala answered questions from me and from the audience and offered some inspiring words on what it takes to execute at a high level on the court and also in life. Here are nine takeaways from Andre Iguodala during his chat with Zoom.

“It’s so hard to get into the NBA, but for me, it was about putting discipline into action every single day. My mother and grandmother instilled a lot of discipline in me and made sure I got the important things done first before leisure time. But most of my preparation is done in the summer, getting my body right for the season. I know where I need to be in training camp, in December, in February, and in March to get ready for a playoff run. Once you set those goals and create those habits, you are only helping yourself. But the habits you need to succeed today should have started years ago.”

“Once I got to the NBA, I tried to surround myself with people who excelled in particular areas. I would watch good point guards lead teams, good passers pass, and good defenders defend. And if we missed the playoffs one year, I would be right back in the gym a week later. I was constantly trying to improve as a basketball player, as a teammate, as a person, and maximize all my interactions so I could gather information and make it useful to myself and to others.”

“I interned with Merrill Lynch for a couple of weeks during a lockout year in the NBA (2011). There was a work stoppage, and I wanted to make the most of my free time. Guys like LeBron, Steph Curry … we’re more than just athletes. I wanted to see how financial markets and management worked to gain an understanding of wealth, and I just wanted to take in as much as I could. I put myself in an uncomfortable position to explore and learn. We should know what we don’t know and go figure out how to know it.”

“One of my favorite books is ‘Forty Million Dollar Slaves.’ It talks about the economic value of African-American athletes and how they’ve been taken advantage of for so long. The book explores how so many athletes don’t have the financial literacy to understand their own wealth, which is one reason I set out to learn and understand the business of the [NBA]. When you have that knowledge of the business, it helps you understand and leverage your own value because so much of it is public opinion. But public opinion doesn’t always represent your true value.”

“The harder you work, the better outcomes you’ll have in the toughest situations. But you have to practice harder than you know the game will be and have the right attitude. If I know I put the maximum effort in and I’ve done it just as hard as anybody else, those moments aren’t as big. Sometimes you see guys out there who are nervous, and I immediately know that I’m more prepared than them. And if it’s a chance to win the game, I don’t even care if I miss the shot, because I know I did all I could to prepare.”

“One of the Warriors’ core values, as a team, is joy. We all love basketball, but we constantly face criticism and nonsense on a daily basis. People are always trying to break us down and tear us apart, and when we lost a game — especially the year we went 73-9 — it was a challenge. But at the end of the day, we have to remember that this is what we love to do, put things back in perspective, and remind ourselves that it’s a joyful game, not only for us but for the fans.”

“Carmelo Anthony was always one of the hardest for me to guard physically, but certainly Kobe Bryant, too. Kobe once came into our locker and told my teammates he was going to score 50 points on me. But the Lakers got a big lead, and he ended up coming out of the game early and only had 49!”

“I had been starting for all of my career, so yeah, it was a hard adjustment. But [Warriors coach] Steve Kerr had a plan. With the pieces we had, he understood the different personalities on the team and on the bench. It made perfect sense, and it was for the betterment of the team. We were able to finish games stronger, and we won a lot more.”

“Don’t be too hard on yourself when it comes to a game result, appreciate what you have, and always do whatever your wife says.”

Thank you, Andre, for sharing your wisdom with our team and for being a great supporter and friend of Zoom!