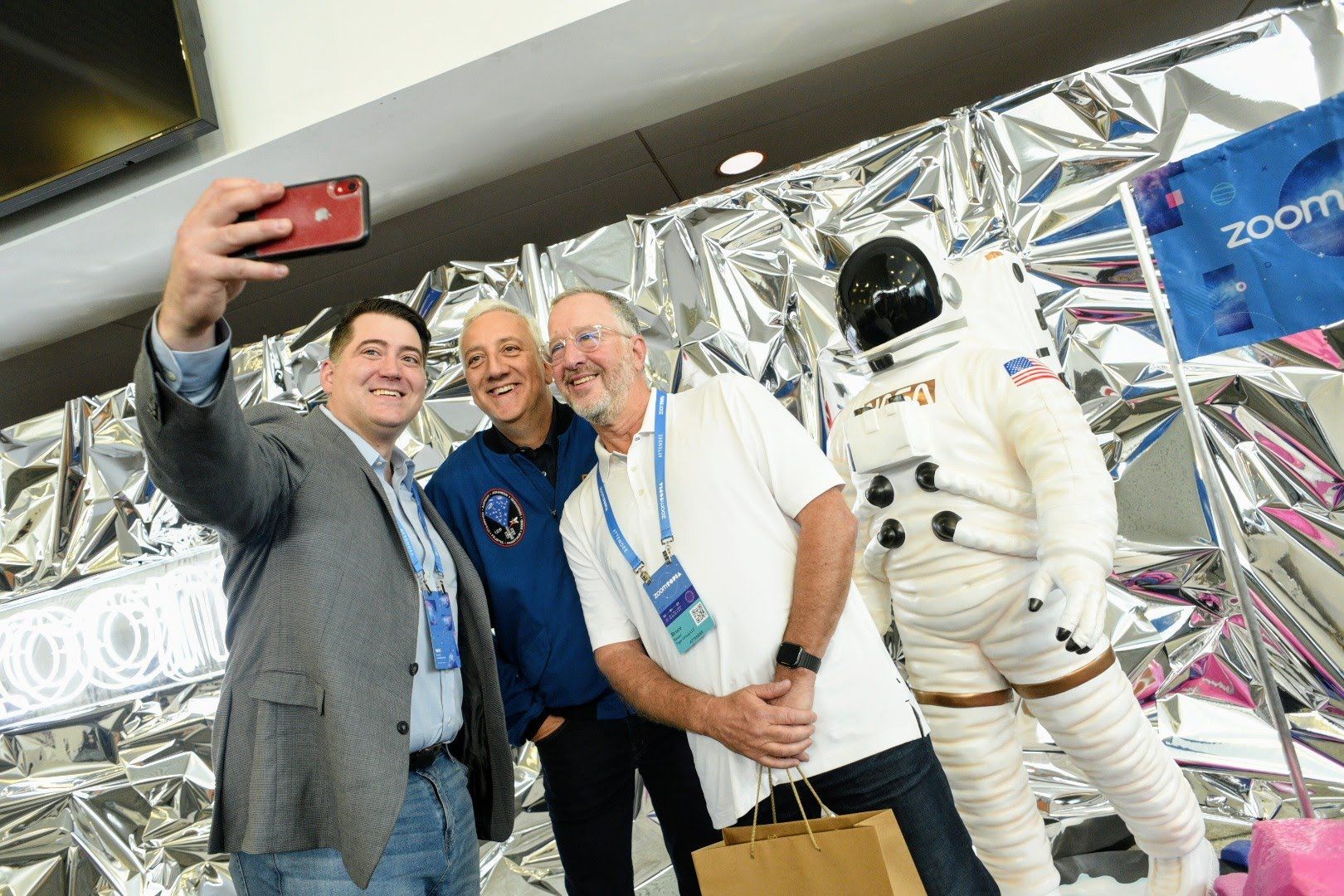 Thanks to everyone for another amazing day at Zoomtopia 2019! The second day blasted off with an interview with actor and producer Zachary Quinto and an out-of-this-world presentation from former NASA astronaut Mike Massimino. Quinto discussed his origins as an actor with Zoom CRO Ryan Azus, and Massimino told the audience all about the lessons he learned during his training to become an astronaut. 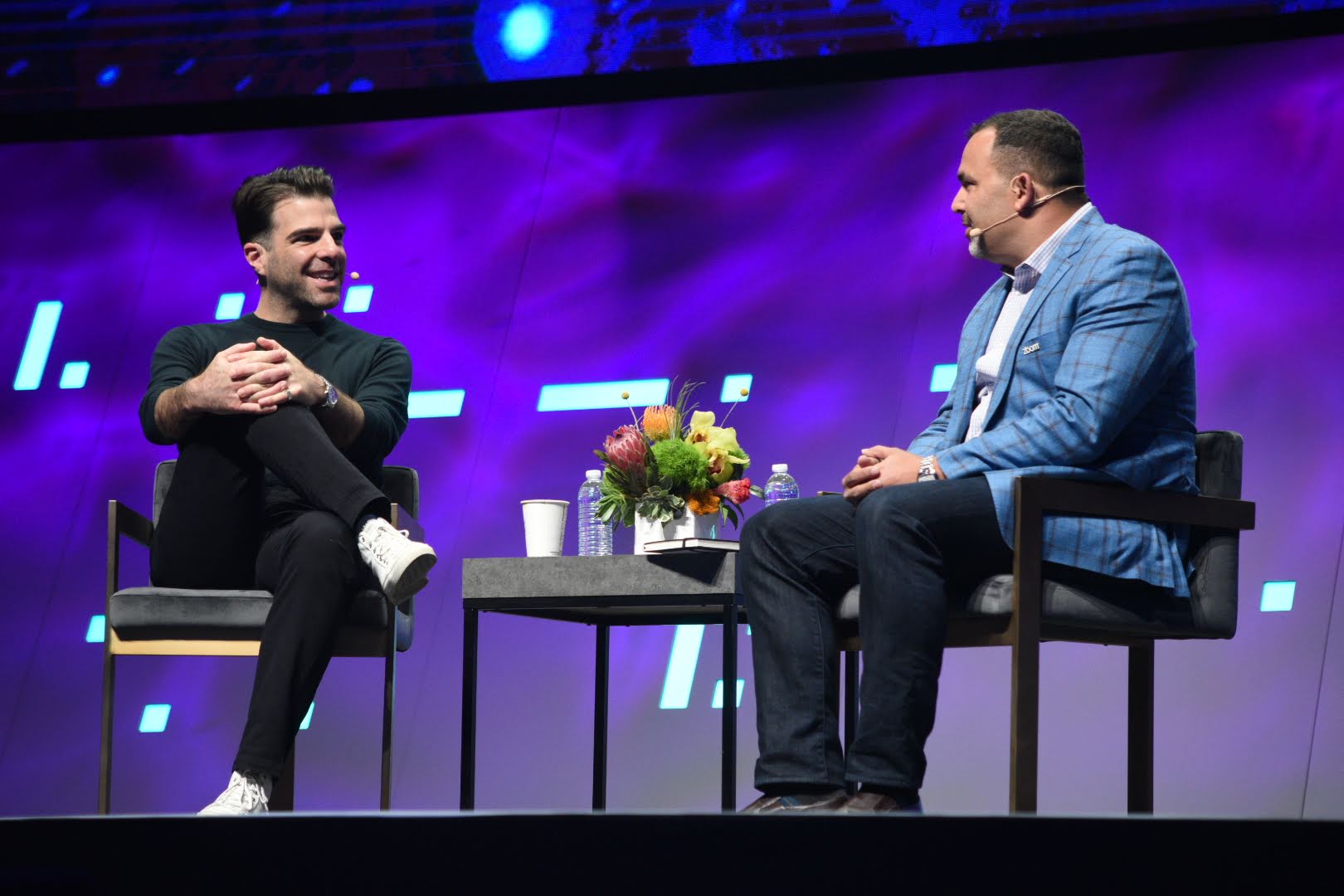 Some fun facts from our Day 2 keynote speakers:

Quote: “When you’re at NASA, you work with lots of different people from around the world who think differently. And the best way to be an effective team is to like or admire one thing about everyone that you work with. If you find someone who you don’t like or who doesn’t think the same as you, think of it as not knowing them well enough instead of not liking their thought process.” — Mike Massimino, former NASA astronaut

Some other Day 2 session highlights:

Movers and Shakers of Enterprise Communication and Collaboration

In this session, Ira Weinstein, founder of Recon Research Inc., sat down with Laura Marx, VP of Global Product and Alliance Marketing at Poly, Simen Teigre, CEO at Neat, Scott Wharton, VP of the Video Collaboration Group at Logitech, Ted Colton, Vice President at Crestron Electronics, and Jim Hickey, Vice President of Products at Five9, to discuss the new opportunities and customer needs that are taking shape as the enterprise communication industry expands. Some highlights:

Quote: “Companies need to prototype quickly. Get products out of the lab and into the hands of your users and employees so you can use their feedback. There is a ton of momentum when it comes to testing out new products and providing feedback, so use that to create a better product.” — Simen Teigre, Neat CEO 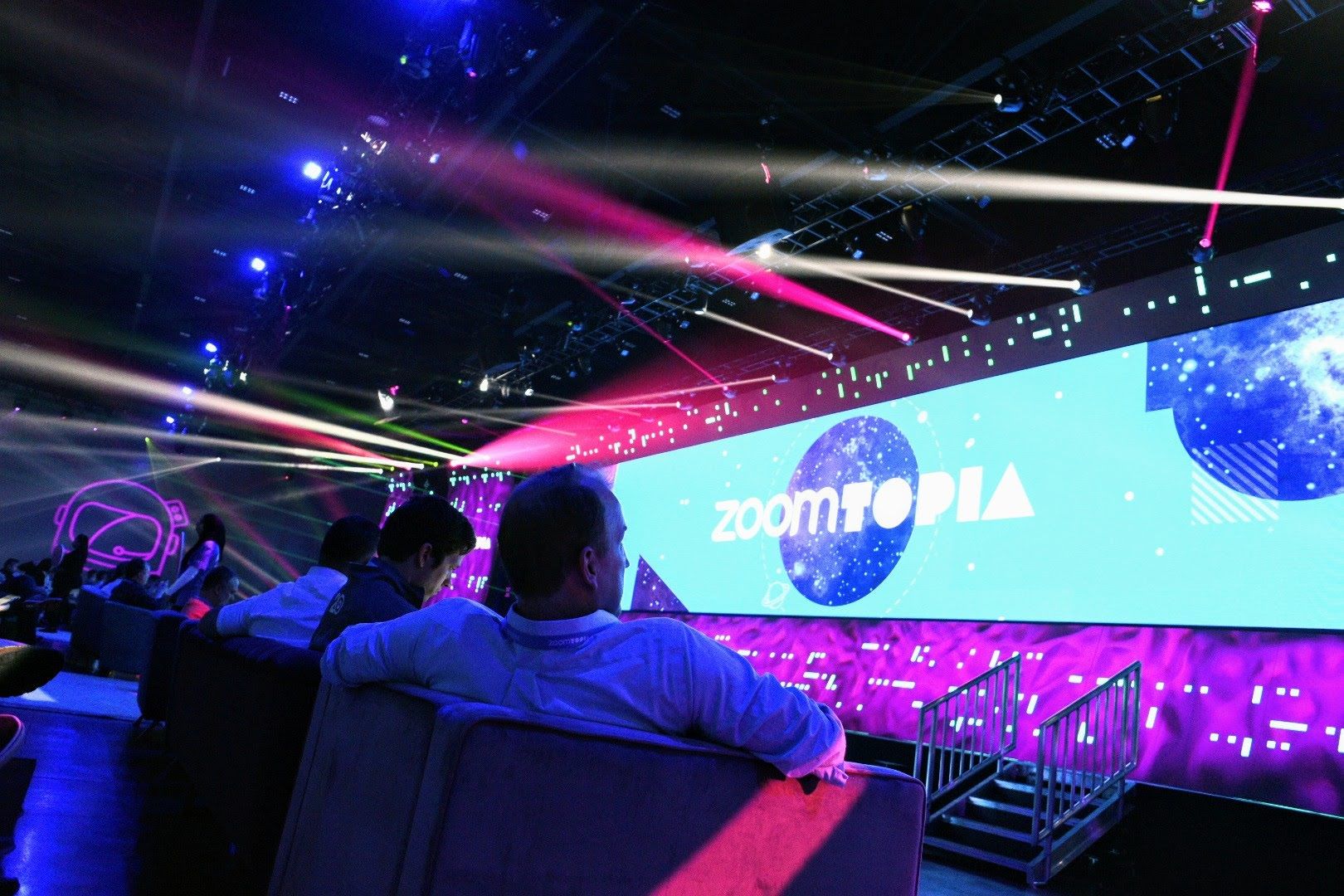 Zoom’s CIO Harry Moseley joined Greg Martin, Director of IT at NASDAQ, Trent Harris, Head of Collaboration and Unified Communications at National Australia Bank, Fred Love, Senior Manager of Unified Communications at Capital One, and Casey Santos, former CIO of General Atlantic, for a discussion about Zoom’s impact on the financial services industry and how Zoom has streamlined operations for their teams.

Colby Nish, Zoom’s Sales Leader for Zoom Phone, sat down with Kevin Krautle, Senior Systems Engineer for Unified Communications at Take-Two Interactive, and Henry Ku, Senior Director of IT Infrastructure at Ciena, to discuss their journeys to Zoom Phone, including their decision to implement the solution and the impact it has had on their organizations. Some highlights: 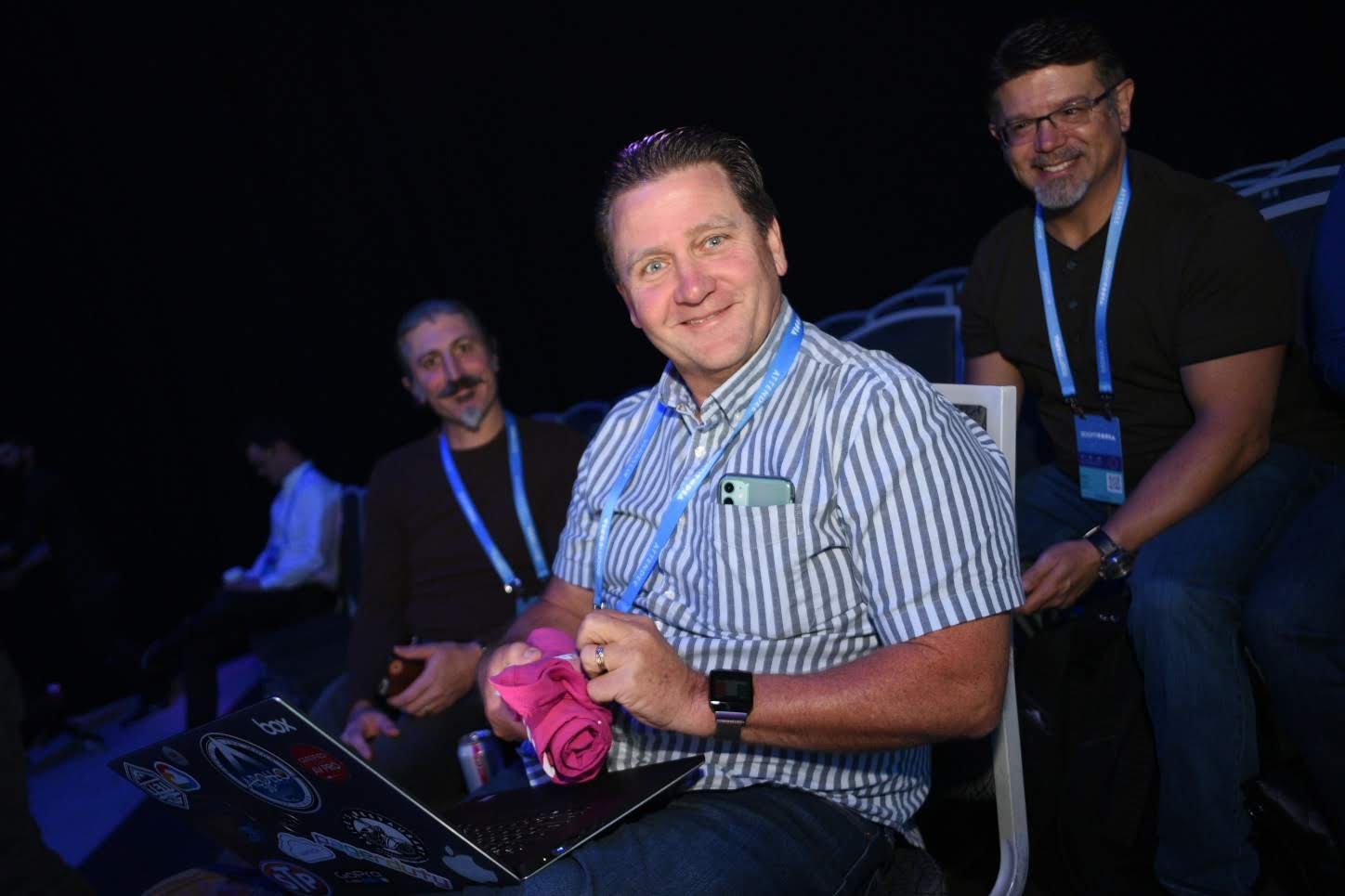 Meetings of the Future

Quote: “Our remote staff is now on equal footing with our on-premises staff thanks to interactive whiteboarding and the use of dual screens. They aren’t a little box in the corner of the screen anymore, they have their own screen which makes for a better experience.” — Harvey Jones, Atlassian’s Workplace Collaboration Lead

Abhishek Balaji, one of Zoom’s Product Managers, took the stage to break down all of Zoom’s intuitive integrations with Microsoft products and applications. This session also featured useful tips for those who use Zoom alongside Microsoft, how Zoom integrates with Microsoft, and exciting new integrations and features that Zoom has planned for the future. Some of the cool features:

Quote: “We recently released the availability feature for Microsoft Outlook. This feature looks at the calendars of meeting attendees and finds a timeslot for the meeting where they are all available. It then automatically collects these times and offers them as options to the user who is setting the meeting.” — Abhishek Balaji, Zoom Product Manager

Sir Richard Branson, the founder of Virgin Group, joined Janine Pelosi on stage via Zoom to share his journey as a founder of some of the most innovative and groundbreaking companies in the world. Branson and Pelosi discussed the origins of Branson’s success, including his first business ventures, the philosophy of running a successful business, and what Virgin Group has planned for the future, including the new release of Virgin Galactic’s Under Armour spacesuit.

“Space exploration is important because we wouldn’t be talking to each other right now if it weren’t for the innovation that has been made in space. We often take for granted the technology we have and the capability we have that is possible due to our technology in space.” — Sir Richard Branson, Virgin Group Founder

This week’s Zoomtopia has been an incredible experience with plenty of new product announcements, inspirational keynote speeches, and a glimpse of the bright future of global cooperation and unified communications. Be sure to check out our recap blog later this week to get all the info on Zoomtopia sessions and announcements, pics from Wednesday’s celebration of happiness music event with Snoop Dogg and Lynyrd Skynyrd, and more. And if you loved this year’s Zoomtopia, make sure to register for Zoomtopia 2020 to get early-bird pricing!