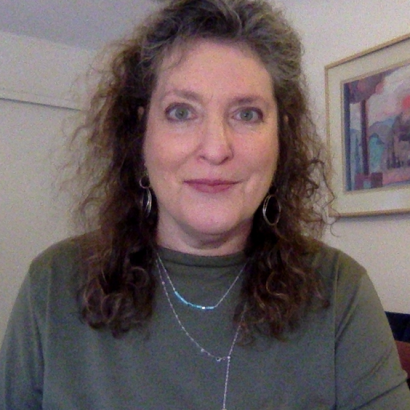 The Mozilla Festival (MozFest) isn’t easy to describe, even for the people who run this annual event. They refer to it as “part art, tech and society convening, part maker festival, and the premiere gathering for activists in diverse global movements fighting for a more humane digital world.”

MozFest is a celebration of Mozilla’s community — thousands of technologists, activists, and artists — who come together once a year to “make the internet a healthier place.” They write code, swap ideas, and build communities around issues like privacy, security, digital inclusion, and trustworthy AI.

In March 2021, for the first time in its 11-year history, MozFest was held completely online rather than in person, due to the global pandemic. MozFest producers and creators turned to Zoom to help capture and maintain the creative, inclusive spirit for which MozFest is known. Hundreds of interactive sessions, panel discussions, and in-depth workshops were held using Zoom Meetings.

In 2019, the last time MozFest was held, the in-person event hosted just under 3,000 attendees. This year, the virtual gathering welcomed nearly 9,800 participants. The prospect of holding such a massive online event was daunting, even to the most seasoned MozFest organizers.

When it was decided that the 2021 MozFest could not be held in-person in Amsterdam, as originally planned, Kristina Gorr, communications manager for MozFest, knew that she and her colleagues would need to pivot quickly to figure out the best way to virtually accommodate thousands of people and hundreds of breakout sessions. “We were all ramped up and geared for the in-person event when the pandemic hit us,” Gorr said.

Mozilla had been using Zoom internally. The festival organizers already had a lot of experience with the platform, and most of the creators of the hundreds of virtual MozFest sessions were familiar with Zoom. With a solid knowledge of its capabilities, MozFest chose Zoom as the primary communications platform to support its 2021 gathering.

According to Gorr, “We wanted a communications platform that would provide accessibility, diversity, and inclusion for everyone. We had people in our community from all over the world who were eager to participate. Every year we make a huge effort to try to improve as much as we can to enable even more people to attend. Zoom allowed us to host the largest festival we’ve ever had!”

MozFest 2021 offered 530 60-minute sessions over the course of two weeks. The sessions were categorized into various “spaces” – tracks with different primary topics such as “Creative AI” or “Neurodiversity.” Participants chose to attend individual breakout sessions within each track, such as “Trustworthy AI” or “The Internet Health Movement.” Of particular importance to MozFest organizers, was that all sessions had to be participatory.

According to Marc Walsh, digital producer of MozFest, “We tried to avoid sessions that were just one-way presentations. It’s all about interactive conversation and having different voices around the table coming together to talk about a topic.” Walsh explained that his team needed to work out how each session was balanced in terms of giving every participant space to talk and ensuring that there was engagement between everyone in the “room,” though they were not physically there.

Zoom Meetings offered features that were essential to MozFest. “You don’t have to have an individual login to join a Zoom session, and that was really huge for us from an accessibility standpoint,” Gorr said. Zoom’s dial-in feature was critical since many MozFest participants come from areas where internet connectivity is scarce or unaffordable. “We wanted a platform that could include people from all over the world,” Gorr said. “There were attendees from parts of Africa and other remote locations, for example. They just didn’t have the bandwidth to be able to support video on their internet connection.” Gorr also cited Zoom features like closed-captioning and support for sign language interpretation as important options that allowed the entire MozFest community to participate.

Considering the huge number of attendees, the MozFest team had several methods of securing the sessions for the protection of all participants. According to Walsh, the MozFest scheduling platform offered a preliminary layer of security.  “Open Labs at Newcastle University provided a platform that allowed ticket holders to register for a session.  A link to the Zoom-based session would only be displayed to registered participants.”

In addition, all the sessions were split across 20 different Zoom meetings, where Walsh and his team could monitor any links being shared online. This was supported by Zoom through the Mozilla AV Ops team.

Lastly, MozFest devised a plan of action, in case any person was deliberately disruptive or inappropriate during a session. Technical staff, including over 100 volunteers, and a “safety team” were on hand at all times to intervene if necessary. Facilitators were also given host permissions for their sessions, which allowed them to take action if the situation called for it.

One very unique session that was held multiple times over the two weeks of the festival, was a virtual experience called Project Immerse, created and facilitated by Lance Weiler, co-founder of Columbia University School of the Arts’ Digital Storytelling Lab.  As described in the MozFest program, Project Immerse is a “deep fake paranoid thriller that places upwards of 100 participants within a virtual experience that mixes story, play, and web pervasive technologies.”

Designed to work in Zoom and Miro, a collaborative whiteboard platform, Project Immerse takes Zoom and Miro web tools and “subverts them into a thrill ride that leverages elements of film, immersive theatre, ARGs, and escape rooms into a collaborative storytelling experience.” The piece explores the challenges associated with deep fakes, shallow fakes, and bots. All the images, videos, audio, and text – about 90% of the experience – is created with AI. The end result is a unique storytelling experience that explores deception, conspiracy, and the way humans create meaning and make connections.

The experience starts in a Zoom Waiting Room. Participants are given initial instructions on how to proceed with a link to a Miro board via Zoom chat. They then move through a story in which they need to discern what is real and what is not. As they work with Miro, Zoom connects participants through breakout rooms. They are able to see each other and chat about possible theories of what is happening.

Gorr, who participated in the Project Immerse experience firsthand said this: “Project Immerse showed us how, essentially, misinformation can be generated by the human tendency to make up connections that don’t exist. We were given clues that were created by AI that didn’t actually mean anything … there was no connection between any of these clues. We thought we were solving a murder, but the murder didn’t happen because it was created by AI. That was the point. If you are given information that is not true, as humans, we try to bridge connections in our brain, and that’s how misinformation gets shared. You hear something and start to jump to all sorts of conclusions. This is how conspiracy theories can be formed.”

According to Gorr, Zoom allowed people to participate in MozFest in a way that made them the most comfortable. “If you wanted to be in a session, you could mute your mic, or even turn off your video, and just listen. Our facilitators were trained to not try to force people to engage, if they simply wanted to lay low. The in meeting chat function allowed those who weren’t comfortable having their face or their voice on a recording, to participate. Also, we all enjoyed the fun aspects of Zoom, like changing our background appearance. Zoom made it really easy to do so much of what we wanted.”

MozFest needed a communications platform that would accommodate the audio and visual participation of thousands of people attending the virtual MozFest event and according to its communications manager and digital producer, Zoom more than satisfied that major requirement. “Thanks to Zoom, we were able to keep the essence of MozFest alive during our virtual gathering this year.

Meeting & Chat, Security & Privacy
How to Keep Uninvited Guests Out of Your Zoom Meeting