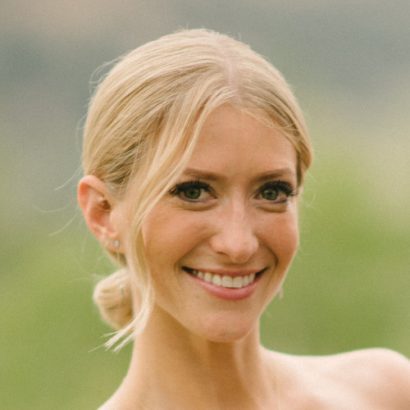 Zoomtopia 2022 is right around the corner, and we’re excited to tell you more about the mega-talented host, awesome musical entertainment, and highly inspirational keynote speakers you’ll see at this year’s event!

Join us in person at the San Jose Convention Center on Nov. 8 and 9 to get a one-of-a-kind event experience, which includes a firsthand look at the future of communications, access to our epic “Celebration of Happiness” concert, exclusive on-site happy surprises, networking opportunities, and more.

Use code Happy300 and attend Zoomtopia in person for $300!

This year’s Zoomtopia theme is “Explore New Dimensions.” Guests can experience inspiring realms, learn about our vision for business communications, and discover the role our platform plays in the evolution of work. Take in interactive sessions, learn from peers and industry leaders, participate in technical labs, and hear from inspiring guest speakers.

Here’s the “who’s who” of Zoomtopia 2022 in San Jose, our sixth annual user conference.

Three-time Emmy winner Alex Borstein will host live on the Zoomtopia stage in San Jose and keep us laughing as we explore new dimensions, hear from inspiring speakers, and discover new innovations from Zoom. This comedy superstar is best known for her role as Lois on “Family Guy” and Susie Myerson on “The Marvelous Mrs. Maisel.”

Multi-platinum Grammy-winning super-producer Timbaland will join Zoom founder & CEO, Eric S. Yuan, and Zoom’s Head of Social Impact, Roxana Shirkhoda, in a fireside chat to close out day one of Zoomtopia. They’ll discuss the power of technology innovation and how leaders can leverage their platforms and technology to drive positive impact with marginalized communities. Timbaland will also share how he uses Zoom in his studio, during MasterClass sessions, and when making life-changing connections with emerging artists and young people globally. Timbaland is one of the greatest producers of the 21st century. He’s worked on career-defining hits for artists such as Aaliyah, Beyoncé, Jay-Z, Justin Timberlake, Destiny’s Child, Ludacris, Snoop Dogg, Drake, Katy Perry, Madonna, Alicia Keys, and many more.

Enrique Lores, president and CEO of HP Inc., will join Eric Yuan for a fireside chat during our Guest Keynote on day two. His 30-plus-year career at HP started as an intern and subsequently includes senior positions spanning HP’s personal systems, print, industrial, and services businesses worldwide. Enrique became CEO in November 2019 and is driving a bold strategy to advance HP’s technology leadership, disrupt industrial sectors, and create innovation that drives extraordinary contributions to humanity. Enrique believes one thoughtful idea has the power to change the world and will explore that concept with Eric.

Chirantan “CJ” Desai, Chief Operating Officer of ServiceNow, will join Eric Yuan during our Vision Keynote on day one of Zoomtopia 2022. CJ oversees ServiceNow’s products, platform, design, engineering, and cloud infrastructure operations as well as solution and industry sales. CJ will join Eric on stage to detail Zoom and ServiceNow’s shared vision for delivering efficient employee and customer experiences to empower the workforces of today — and tomorrow.

To wrap up day one of Zoomtopia, we’re hosting an in-person-only concert you won’t want to miss! Along with world-class live music, this “Celebration of Happiness” delivers an evening of incredible food, networking, and games.

After years of playing together, siblings Clyde and Gracie Lawrence officially created Lawrence, an eight-piece soul-pop band comprised of musician friends from childhood and college. Lawrence’s debut LP “Breakfast” released in 2016 and received accolades from a variety of sources, from NPR’s “All Things Considered” to Steph Curry’s social media. Their 2021 album “Hotel TV” has garnered tens of millions of streams across all platforms and has had multiple viral moments on TikTok and Instagram. The album’s lead single, “Don’t Lose Sight,” hit No. 33 on Top 40 radio.

Rapper, singer, songwriter, and actor Nelly has sold more than 20 million albums around the world. He stormed onto the music scene in 2000 with the smash album “Country Grammar,” which reached No. 1 on the Billboard 200 with hits like “Ride Wit Me” as well as the album’s title track. Nelly’s next four albums all made it to the top three on the Billboard chart, with numerous hit songs, including  “Hot in Herre,” “Dilemma,” and “Air Force Ones.” The three-time Grammy Award winner has also appeared in various film and TV shows, including the 2005 remake of “The Longest Yard.”

Shop the Zoomtopia Virtual Store now and gear up for our 2022 event!

Join us in person!

To avoid FOMO, register now for Zoomtopia 2022! And to unlock a special discounted rate of $300 use the code “Happy300” at checkout. This offer is only available through Oct. 31, so save your spot today.

Can’t join in person? Check out the agenda for our free virtual Zoomtopia experience.